These two images contain some of the thousands of stars from a new survey by NASA's Chandra X-ray Observatory, as reported in our latest press release. This was the largest survey of star formation ever conducted in X-rays, covering some 24,000 individual stars in 40 different regions. The study outlines the link between very powerful flares, or outbursts, from young stars and the impact they could have on planets in orbit around them.

The Lagoon Nebula (left) is an area about 4,400 light years from Earth in the Milky Way galaxy where stars are actively forming. This field-of-view shows the southern portion of a large bubble of hydrogen gas, plus a cluster of young stars. The Chandra data (purple) have been combined with infrared data (blue, gold, and white) from the Spitzer Space Telescope in this composite image. 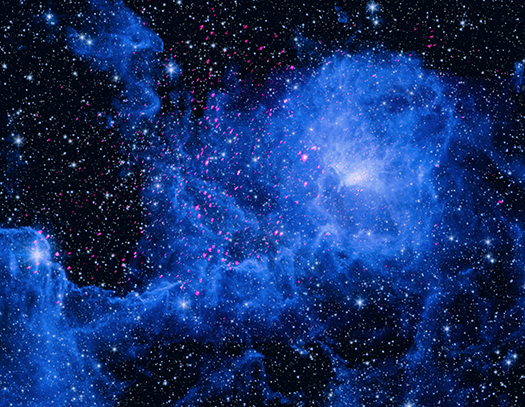 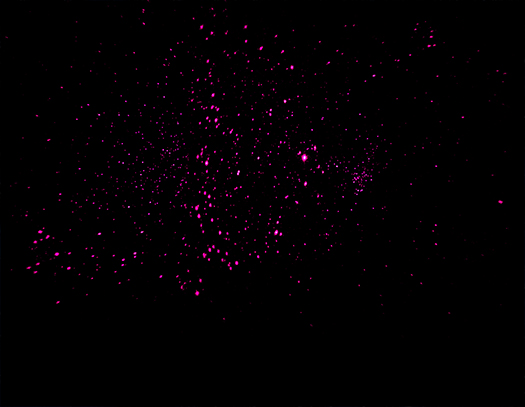 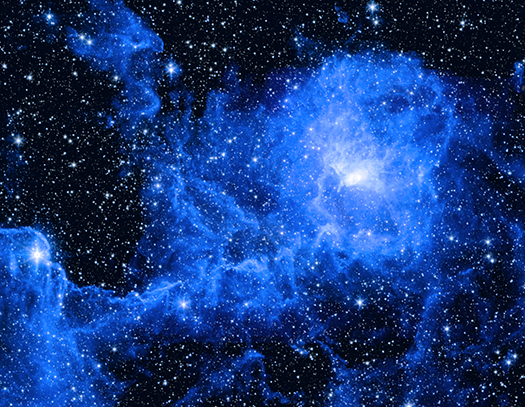 A sequence of X-ray images from Chandra show a young star (called "Lagoon 180402.88−242140.0") in the Lagoon Nebula that experienced a "mega-flare". This flare was about 250,000 more energetic than the most powerful flare observed by modern astronomers on the Sun, and lasted for about three and a half hours. It was followed by a smaller flare. The total duration of the movie covers almost 23 hours and 27 images are included. This star is only about 1.5 million years old — compared to the Sun's age of 4.5 billion years — and has a mass about three times that of the Sun. (Note: The apparent changes in the shape of the X-ray source are caused by noise rather than a true change in shape.)

The image on the right shows the star-forming region called RCW 120, which is also in the Milky Way, but slightly farther away at a distance of about 5,500 light years. This view of RCW 120, which has the same wavelengths and colors as the Lagoon composite, contains an expanding bubble of hydrogen gas, about 13 light years across. This structure may be sweeping up material into a dense shell and triggering the formation of stars. 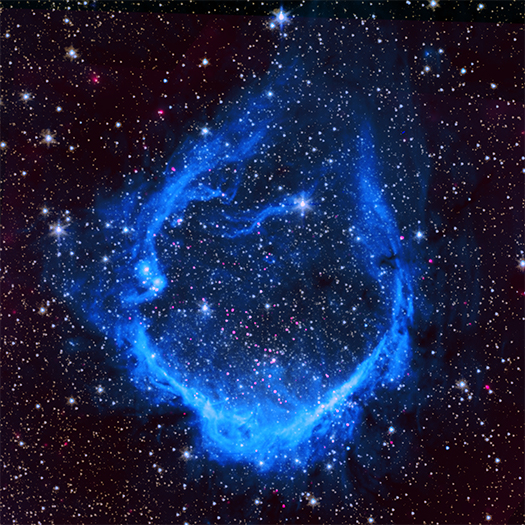 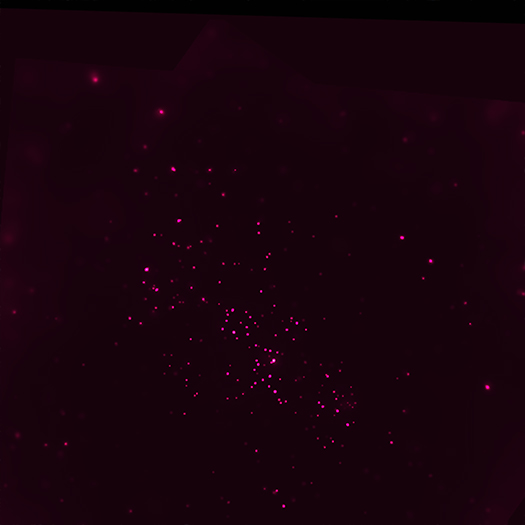 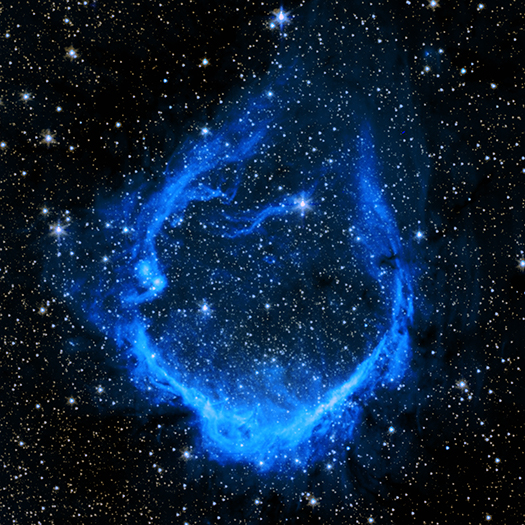 The powerful flares observed by Chandra in this research occur in all of the star-forming regions and among young stars of all different masses, including those similar to the Sun. The scientists recorded the flares at all different stages in the evolution of young stars, ranging from early stages when the star is heavily embedded in dust and gas and surrounded by a large planet-forming disk, to later stages when planets would have formed and the disks are gone. The team found several super-flares occur per week for each young star less than about 5 million years old, averaged over the whole sample, and about two mega-flares every year.

Over the past two decades, scientists have argued that these giant flares can help "give" planets to still-forming stars by driving gas away from disks of material that surround them. This can trigger the formation of pebbles and other small rocky material that is a crucial step for planets to form. On the other hand, these flares may "take away" from planets that have already formed by blasting any atmospheres with powerful radiation, possibly resulting in their complete evaporation and destruction in less than 5 million years.

This work was presented at the recent meeting of the American Astronomical Society and is described in a paper led by Getman that was accepted for publication in The Astrophysical Journal, and is available here. NASA's Marshall Space Flight Center manages the Chandra program. The Smithsonian Astrophysical Observatory's Chandra X-ray Center controls science from Cambridge, Massachusetts, and flight operations from Burlington, Massachusetts.

Audio
More Information
Press Room: The Give and Take of Mega-Flares From Stars