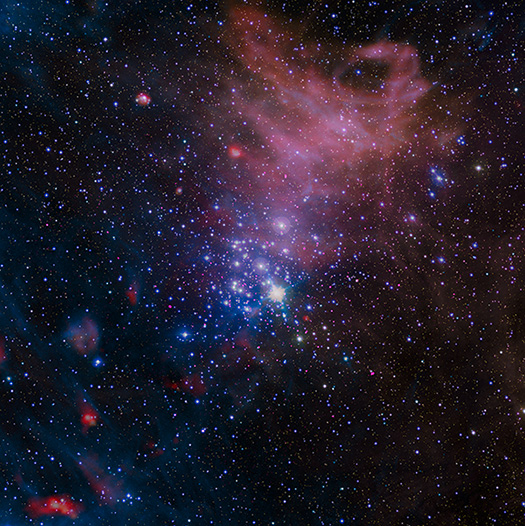 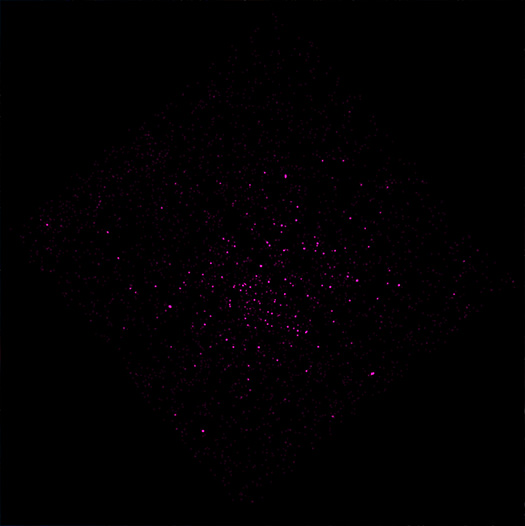 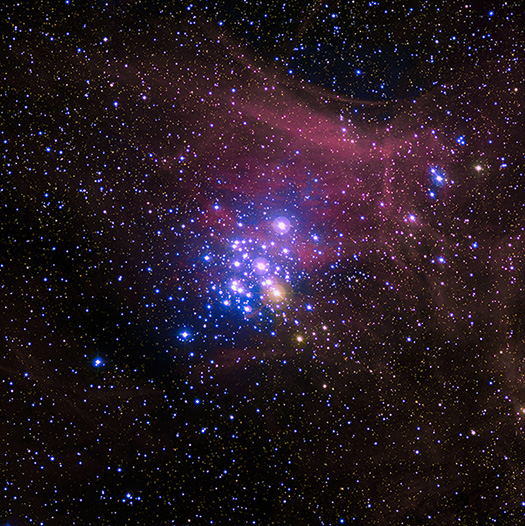 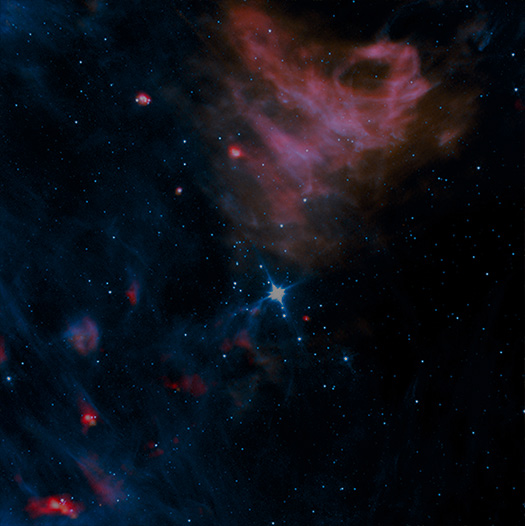 Astronomers have made the most extensive study yet of how magnetically active stars are when they are young. This gives scientists a window into how X-rays from stars like the Sun, but billions of years younger, could partially or completely evaporate the atmospheres of planets orbiting them.

Many stars begin their lives in “open clusters,” loosely packed groups of stars with up to a few thousand members, all formed roughly at the same time. This makes open clusters valuable for astronomers investigating the evolution of stars and planets, because they allow the study of many stars of similar ages forged in the same environment.

A team of astronomers led by Konstantin Getman of Penn State University studied a sample of over 6,000 stars in 10 different open clusters with ages between 7 million and 25 million years. One of the goals of this study was to learn how the magnetic activity levels of stars like our Sun change during the first tens of millions of years after they form. Getman and his colleagues used NASA’s Chandra X-ray Observatory for this study because stars that have more activity linked to magnetic fields are brighter in X-rays.

This composite image shows one of those clusters, NGC 3293, which is 11 million years old and is located about 8,300 light-years from Earth in the Milky Way galaxy. The image contains X-rays from Chandra (purple) as well as infrared data from ESA’s Herschel Space Observatory (red), longer-wavelength infrared data from NASA’s retired Spitzer Space Telescope (blue and white), and optical data from the MPG/ESO 2.2-meter telescope at ESO’s La Silla Observatory in Chile appearing as red, white and blue.

The researchers combined the Chandra data of the stars’ activity with data from ESA’s Gaia satellite — not shown in the new composite image — to determine which stars are in the open clusters and which ones are in the foreground or background. The team identified nearly a thousand members of the cluster.

They combined their results for the open clusters with previously published Chandra studies of stars as young as 500,000 years old. The team found that the X-ray brightness of young, Sun-like stars is roughly constant for the first few million years, and then fades from 7 to 25 million years of age. This decrease happens more quickly for heftier stars.

To explain this decline in activity, Getman’s team used astronomers’ understanding of the interior of the Sun and Sun-like stars. Magnetic fields in such stars are generated by a dynamo, a process involving the rotation of the star as well as convection, the rising and falling of hot gas in the star's interior.

Around the age of NGC 3293, the dynamos of Sun-like stars become much less efficient because their convection zones become smaller as they age. For stars with masses smaller than that of the Sun, this is a relatively gradual process. For more massive stars, a dynamo dies away because the convection zone of the stars disappears.

How active a star is directly affects the formation processes of planets in the disk of gas and dust that surrounds all nascent stars. The most boisterous, magnetically active young stars quickly clear away their disks, halting the growth of planets.

This activity, measured in X-rays, also affects the potential habitability of the planets that emerge after the disk has disappeared. If a star is extremely active, as with many NGC 3293 stars in the Chandra data, then scientists predict it will blast planets in its system with energetic X-rays and ultraviolet light. In some cases, this high-energy barrage could cause an Earth-sized rocky planet to lose much of its original, hydrogen-rich atmosphere through evaporation within a few million years. It might also strip away a carbon dioxide-rich atmosphere that forms later, unless it is protected by a magnetic field. Our planet possesses its own magnetic field that prevented such an outcome for Earth.

A paper describing these results was published in the August issue of The Astrophysical Journal and is available online. Coauthors of the paper are Eric D. Feigelson and Patrick S. Broos from Penn State University, Gordon P. Garmire from the Huntingdon Institute for X-ray Astronomy, Michael A. Kuhn from the University of Hertsfordshire, Thomas Preibisch from Ludwig-Maximilians-Universitat, and Vladimir S. Airapetian from NASA’s Goddard Space Flight Center.