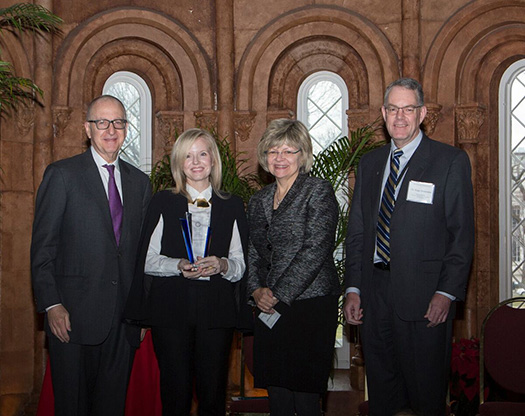 Many people associate the Smithsonian Institution with a handful of museums on the National Mall in Washington, D.C., when, in fact, the Smithsonian consists of 19 museums, 9 research centers, a zoo, and affiliates around the world.

One fact that may not be known to some is that NASA’s Chandra X-ray Observatory is inextricably linked with the Smithsonian. The Smithsonian Astrophysical Observatory (SAO) in Cambridge, Mass., was at the center of the conception and development of the telescope and today it controls Chandra’s science and flight operations. In other words, Chandra is both a NASA and a Smithsonian mission. 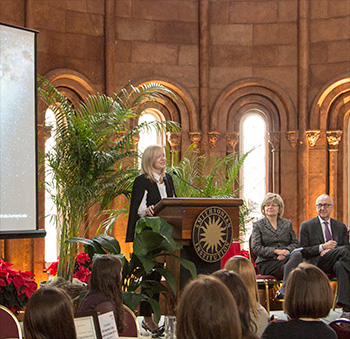 One of the core tenants of the Smithsonian’s mission is the “increase and diffusion of knowledge.” This means that education and outreach can often take center stage at the Smithsonian. To highlight the important role education plays, the Smithsonian gives out one award every year to an employee that recognizes “creativity, excellence, and commitment to serving the nation through educational programming, exhibits, publications, and digital media.”

We are thrilled to announce that this year’s winner for the 2016 Smithsonian Education Achievement Award is Chandra’s visualization lead, Kimberly Arcand. Arcand was presented with the award on December 8, 2016 at the Smithsonian Castle in Washington, D.C. Among the Chandra-led projects being recognized were the NASA-funded public science programs "From Earth to the Universe" "Here, There & Everywhere," and “Light: Beyond the Bulb,” as well as Chandra community programs for girls and boys to improve coding skills with NASA data, and cutting-edge Chandra data visualization projects such as data-based 3D printed supernova remnants.

At Arcand's invitation and because of her ongoing partnerships and projects with these organizations, collaborators and/or representatives from NASA headquarters, the US Department of State, Peace Corps, US Air Force and multiple Smithsonian units attended, as well as representatives from Senator Harry Reid's and Senator Jack Reed's offices. Smithsonian's Secretary Skorton and Dr. Roger Brissenden from SAO spoke at the event in addition to Arcand and other presenters.

Given the multitude of excellent educational efforts around the Smithsonian, we are very proud and honored to have one of the Chandra team recognized for her extraordinary work in continuing that core mission envisioned by James Smithson for this organization so many years ago. 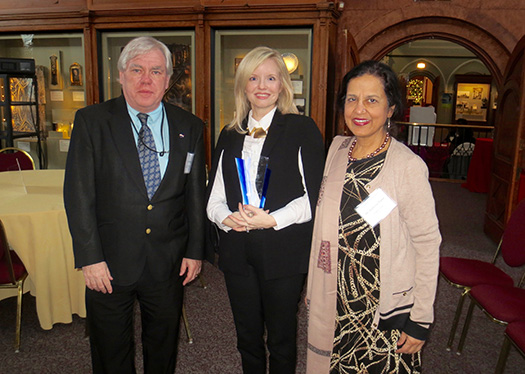 Category:
General
Subcategory:
Women in the High Energy Universe
Disclaimer: This service is provided as a free forum for registered users. Users' comments do not reflect the views of the Chandra X-ray Center and the Harvard-Smithsonian Center for Astrophysics.
Please note this is a moderated blog. No pornography, spam, profanity or discriminatory remarks are allowed. No personal attacks are allowed. Users should stay on topic to keep it relevant for the readers.
Read the privacy statement