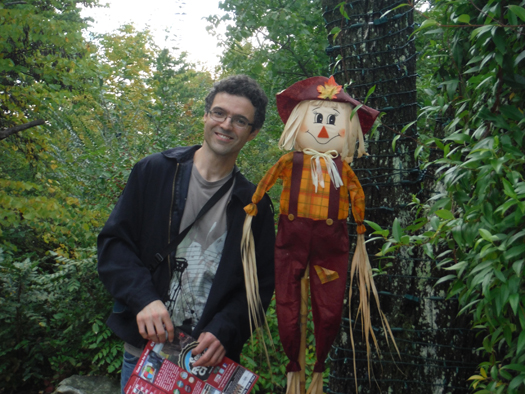 Three or four years later, I got my first-hand impact with cosmology in a lab exercise where the students were supposed to do what radio astronomers call the log(N)-log(S) test. The professor of the course told us the result should show that we lived in a static Euclidean Universe, that is roughly a Universe that exist in a flat two-dimensional plane, like in our immediate surroundings.

I came back to him a few days later and I told him: “Professor, I cannot reproduce your result, either the data are wrong or I made a major discovery.” He replied, “There is nothing wrong with the data, but you didn’t make any new discovery. Somebody else already figured out before you that we do not live in a static Euclidean Universe.” So I replied, “Well, I am just a few years late!” With the tail between my legs I went back to study and give exams. Hence, later on I became more an astronomer than cosmologist at heart.

One day during the summer of 2015, I was looking at a figure in a scientific paper where the authors defined galaxy clusters -- the largest structures in the Universe held together by gravity -- as “cosmic lighthouses.” However, I thought that if clusters are lighthouses, they should not feel the physical properties of the underlying Universe (and we know they do) where they are embedded. What about calling clusters “cosmic buoys floating on the sea of the Universe?” What a beautiful and poetic way to define an astronomical object!

The skeptical scientist would, of course, wrinkle his nose at my weakness for poetry, and ask, “Wait, but what about dark energy?” All right, let’s start from the beginning and try to understand what dark energy is. Once the age of the Universe is old enough, the once-decelerating expansion of the Universe starts to speed up. To explain that acceleration, around 70% of the Universe has to be in a form of mass and energy that's able to create the acceleration, with a kind of anti-gravitational effect. Ordinary material would indeed just attract things creating a deceleration of expansion. So here is our dark energy, the name scientists gave to the mysterious force that is driving this acceleration.

We actually don't know what dark energy is, in the sense that we can't identify it yet as being a particular type of matter that is predicted by particle physics. The evidence for its existence is only indirect and comes from the accelerated expansion of the Universe. But we know what it does – it drives away the Universe -- and there are many possibilities for what it could be. One proposed form for dark energy is the “cosmological constant,” a constant-with-time energy density filling space homogeneously. The other possibility is an energy field such as “quintessence”, whose energy density can vary in time and space. 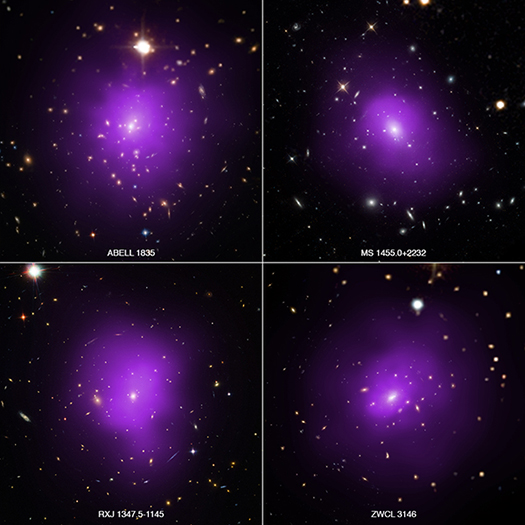 Now, let’s go back to our poetic definition, where we have some cosmic buoys – our galaxy clusters – anchored to the evolution of the Universe. You can figure out where the sea is agitated or calm – or how fast the Universe is expanding driven by dark energy – by observing these buoys. At the same time, we just published a paper based on data from the NASA’s Chandra X-ray Observatory, where we proved that the outer reaches of galaxy clusters are self-similar objects, that is behaving like Russian dolls, with smaller ones having a similar shape to the larger ones. I guess my earlier cosmology passion emerged and prompted the question: “What would happen if I changed the cosmology in which our clusters are embedded?” The short answer is that clusters wouldn’t be self-similar any longer, with very distant clusters being intrinsically too small and bright compared to nearby ones if the Universe is expanding too slowly. No more Russian dolls!

So we thought to play the reverse game to constrain the cosmology by assuming the self-similar Russian-doll model. We could do this because we had data on 320 galaxy clusters with distances from Earth that ranged from about 760 million light years to about 8.7 billion light years, overlapping the era where dark energy caused the once-decelerating Universe to accelerate. Thus, we could measure the rate of the Universe’s expansion by studying how dark energy drifts away our galaxy clusters acting as cosmic buoys. The process to unveil the right cosmology is akin to determining the unknown weight of an object by adding or subtracting known weights to a balance scale until the two sides – nearby and far away clusters – balance.

We further combined the X-ray data from galaxy clusters with information on the expansion rate of the Universe from optical observations of supernovas, and the cosmic microwave background, the leftover radiation from the Big Bang. Our findings support with great accuracy (about 2-3 percent) the idea that dark energy is best explained by the Einstein’s cosmological constant.

So the moral of the story after studying these clusters/cosmic buoys/Russian dolls is that: (i) the mysterious dark energy is now a bit less mysterious; and (ii) I may have a gift… for poetry!

Category:
Groups & Clusters of Galaxies
Cosmology/Deep Field
Disclaimer: This service is provided as a free forum for registered users. Users' comments do not reflect the views of the Chandra X-ray Center and the Harvard-Smithsonian Center for Astrophysics.
Please note this is a moderated blog. No pornography, spam, profanity or discriminatory remarks are allowed. No personal attacks are allowed. Users should stay on topic to keep it relevant for the readers.
Read the privacy statement