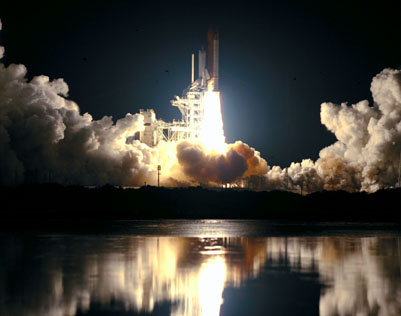 Shortly after midnight on July 23, 1999, the Space Shuttle Columbia blasted off from the launch pad at the Kennedy Space Center in Florida. The mission – dubbed STS-93 in NASA shorthand – had several purposes to achieve and scientific experiments to perform.

The primary objective of the STS-93 mission was to deploy NASA’s Chandra X-ray Observatory, the largest payload ever to fly aboard a Space Shuttle. Chandra was also the most sophisticated telescope ever built to study the Universe in X-ray light.

But there was additional significance for the STS-93 mission. At the helm of Shuttle Columbia that night was Commander Eileen Collins, the first woman ever to lead a Space Shuttle flight. The lead mission specialist – the person responsible for actually deploying the giant Chandra spacecraft – was Cady Coleman. Just seven hours after Collins navigated the Space Shuttle Columbia safely into Earth orbit, Coleman successfully maneuvered Chandra out of the payload bay and into space. 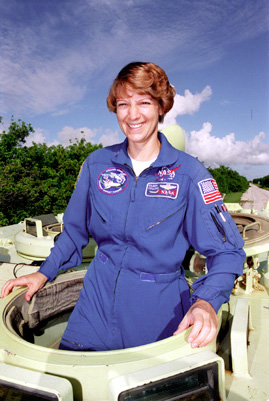 Journeys to the Sky

For Eileen Collins, her journey toward the skies and beyond started in the public library of her hometown Elmira, NY. As a young child and teenager, Eileen consumed books of all types about flying, drawn to the airplanes and missions themselves as well as the engineering of aviation. When Eileen was nine years old, she read an article in Junior Scholastic magazine that profiled the Gemini program and its astronauts.

“I stumbled into the space program by reading magazines, and the flying part by reading books,” said Collins.

Coming from a family of modest means, Collins needed to secure funding for college. After attending a community college to help keep costs down, she then moved on to Syracuse. To help pay for her schooling, Collins joined the Air Force Reserve Office Training Corp (ROTC).

Her decision to join the ROTC Air Force didn’t necessarily get her closer to being a pilot. That’s because when she first joined ROTC, women were not allowed to be pilots. Fortuitously, that changed in 1976 while Collins was still working on her undergraduate degree in math and economics. This meant that after graduation, Collins could go directly from Syracuse to pilot training.

“I stumbled into the space program by reading magazines, and the flying part by reading books,” said Collins.

After spending over a decade at the Air Force, Collins pursued and went through the process of living the dream first hatched by reading that Junior Scholastic article. She applied and was accepted to NASA. In 1990, Collins was named a member of the astronaut corps.

Three years after becoming an astronaut, Collins became the first female pilot of the Space Shuttle when she flew Discovery on a mission that included a rendezvous with the Russian space station Mir. After piloting another Space Shuttle mission in 1997, Collins was selected to be the commander of STS-93, the first time a woman would ever lead a mission into space. 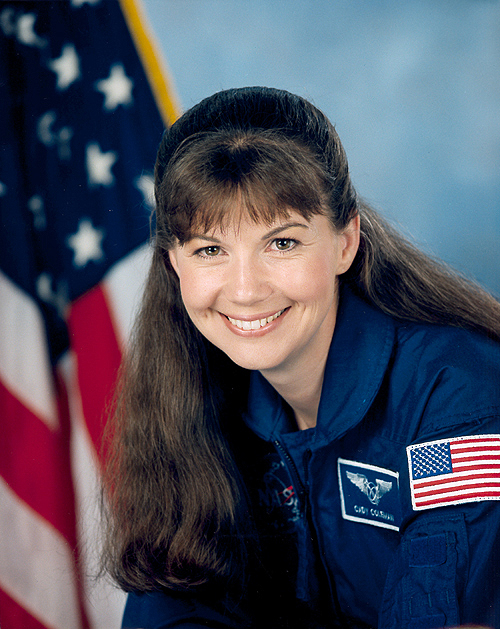 For Cady Coleman, having interactions with teachers and colleagues throughout her academic career, as well as having an instilled “can do” attitude, was extremely important. She remembers a particular chemistry teacher from her high school in Virginia who had a passion for the subject and inspired Coleman to pursue it herself.

As an undergraduate at the Massachusetts Institute of Technology, Coleman attended a lecture by Sally Ride, the first woman in space. Listening to Ride and being able to shake her hand after the lecture left Coleman with a broader idea of who could be an astronaut.

“When I thought about what astronauts looked like, I had in my mind a picture of the Mercury 7 standing in front of an airplane and they were all a bunch of old guys with no hair,” said Coleman. “And it certainly didn’t say to me, this could be you.”

“It wasn’t until I went to college and Sally Ride came to talk, it just opened up that possibility of if she could do it then I could aspire to do it too,” said Coleman. “I remember thinking that it counted that she was well educated and smart, and at the same time she had this job that had adventure and some thrills to it.”

After MIT, Coleman went to the University of Massachusetts at Amherst to pursue graduate work in chemistry. Another critical encounter for Coleman happened later after graduate school when she was in the Air Force and applying for the astronaut program. She was participating in a science day for the community, and Kathy Sullivan, a crewmember of three Space Shuttle missions and the first American woman to walk in space, was the main speaker. The people who organized the event knew that Coleman was interested in becoming an astronaut and arranged for Coleman to meet Sullivan. Sullivan then went on to spend more than an hour speaking with Coleman, discussing the application process, what the job was like, and giving her advice. 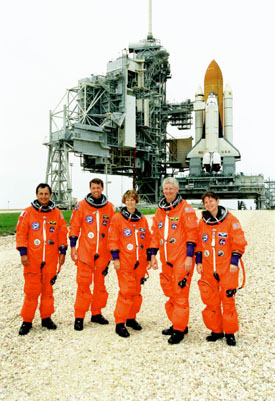 “The fact that this woman who was on this huge pedestal for me was willing to take almost an hour out of her day was really meaningful to me,” said Coleman. “I kept saying, ‘I think we should get back to the symposium,’ and she would say, ‘no, this is part of my job and this is really important because we need more astronauts who are qualified.’”

Coleman joined the NASA astronaut core in 1992. She flew her first mission into space in 1995 as a member of the STS-73 crew that included experiments on biotechnology, combustion science, and the physics of fluid. On just her second flight, Coleman was selected to be the mission specialist on STS-93 in 1999 that deployed Chandra out of the Shuttle’s payload bay using its robotic arm.

Part 2: The extra risks posed by the Space Shuttle’s cargo.

A full length article resulting from the 2014 interviews with Eileen Collins and Cady Coleman will appear in a forthcoming chapter of the non-profit "Women in STEM Anthology" celebrating Ada Lovelace Day, an international day celebrating the achievements of women in science, technology, engineering and math.

Subcategory:
Women in the High Energy Universe
Disclaimer: This service is provided as a free forum for registered users. Users' comments do not reflect the views of the Chandra X-ray Center and the Harvard-Smithsonian Center for Astrophysics.
Please note this is a moderated blog. No pornography, spam, profanity or discriminatory remarks are allowed. No personal attacks are allowed. Users should stay on topic to keep it relevant for the readers.
Read the privacy statement