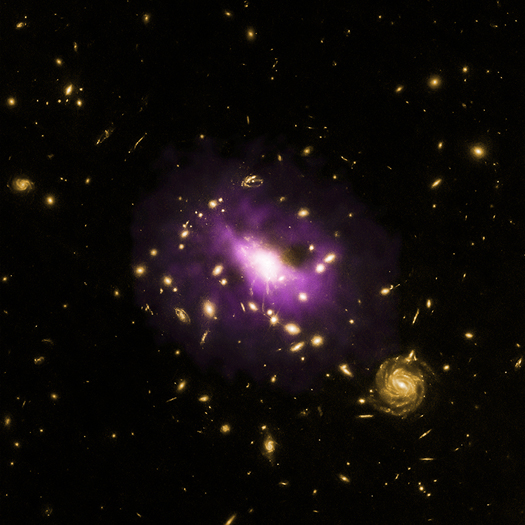 The black hole is in a galaxy cluster named RX J1532.9+3021 (RX J1532 for short), located about 3.9 billion light years from Earth. The image here is a composite of X-ray data from Chandra revealing hot gas in the cluster in purple and optical data from the Hubble Space Telescope showing galaxies in yellow. The cluster is very bright in X-rays implying that it is extremely massive, with a mass about a quadrillion - a thousand trillion - times that of the sun. At the center of the cluster is a large elliptical galaxy containing the supermassive black hole.