How to stumble into a PhD project, and how it can follow you 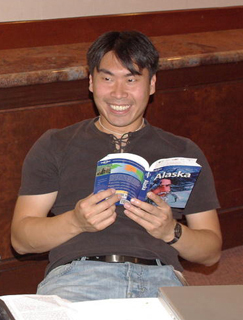 We are delighted to welcome Teddy Cheung, from the National Academy of Sciences, and resident at the Naval Research Laboratory in Washington DC, to give a guest blog post today. Teddy is first author of a paper describing the discovery of the most distant X-ray jet detected to date. Here, he explains some of the background story behind this discovery.

When I started graduate school in 1999 at Brandeis University, exciting discoveries were being made down the road in Cambridge, Massachusetts, with the then newly launched Chandra X-ray Observatory. The first Chandra image unexpectedly revealed a bright X-ray jet from a distant quasar (http://chandra.harvard.edu/press/99_releases/press_082399.html) and the research groups at SAO and MIT were puzzling over it. But it took me leaving Boston to find my eventual connection.

I spent the summer of 2000 at the Space Telescope Science Institute in Baltimore, Maryland, wanting to learn something entirely new and took on a project in Meg Urry's group studying the galaxies of BL Lac objects (a type of cousin to the quasars) using ground-based near-infrared data. Coincidentally, I shared an office with another graduate student working with Dr. Urry for the summer, Fabrizio Tavecchio from Italy, and they were at that time puzzling over the same Chandra jet detection. Little did I appreciate at the time, that this visit to Baltimore would lead back to my eventual PhD project at Brandeis on the Chandra quasar jets. 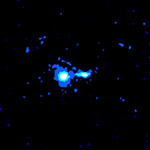 Fabrizio had worked out an interpretation for the X-ray jet based on interaction with the Cosmic Microwave Background (CMB) - the mechanism explained in the press release - and published the now popular but still heavily debated interpretation for the first quasar X-ray jet. I returned that Fall to Brandeis and turned my attention to this topic and started work with this group together with my PhD advisor, John Wardle. The bulk of my PhD dissertation was on the radio and optical portions of a quasar X-ray jet survey led by Rita Sambruna (at George Mason University in Virginia at the time).

The CMB interpretation had important implications for quasar jet physics in general. Specifically, the model implied the jets were highly relativistic out to their very largest scales, and that the CMB played an important role with quasar jets being extraordinarily bright in X-rays at the largest redshifts, where larger redshift means larger distance. 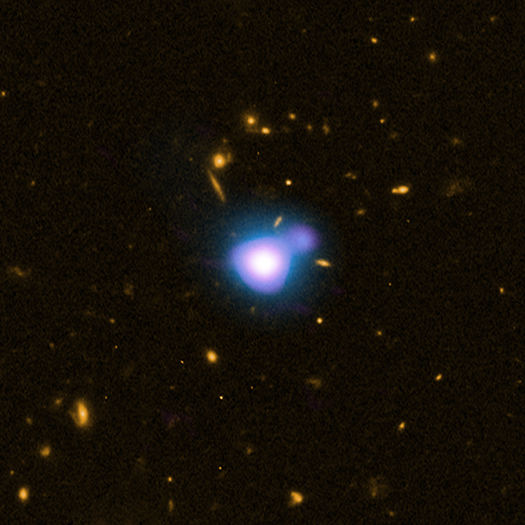 The latter point in particular had testable predictions, but the redshift range of the samples studied was limited. Remarkably, as I was finishing my dissertation in Fall 2003, a paper by my colleague, Aneta Siemiginowska at Harvard-Smithsonian Center for Astrophysics appeared on the preprint server announcing an apparent jet in a redshift 4.3 quasar (the largest at the time) discovered by Chandra apparently in X-rays only. Intrigued by this, in a short (only 5 minutes of exposure) existing data set from the Very Large Array, I searched for and found a radio counterpart, reinforcing the jet interpretation, and submitted my own paper on these findings about 2 weeks later. This had a great personal impact, and gave me courage to pursue my own thinking on how to progress on this field, eventually leading to the new discovery described in the press release all these years later.

We were beginning to understand that such very high redshift jets were not being observed adequately in either radio or X-rays and I began work on a small imaging survey of the highest redshift quasars at both wavelengths. We only just published the new record holder at a redshift of 4.7, but there is more. In between, we made other X-ray discoveries at slightly smaller redshifts and I have been focusing since on gamma-ray astronomy using NASA's Fermi Gamma-ray Space Telescope launched in 2008. One of my most gratifying Fermi results was applying the same physics learned during my PhD work to the radio lobes in a nearby analogue system, predicting its gamma-ray detectability, and then its subsequent successful discovery with Fermi during its first year of operation. It goes to show these old projects and ideas seem to have a way of following us throughout our careers.