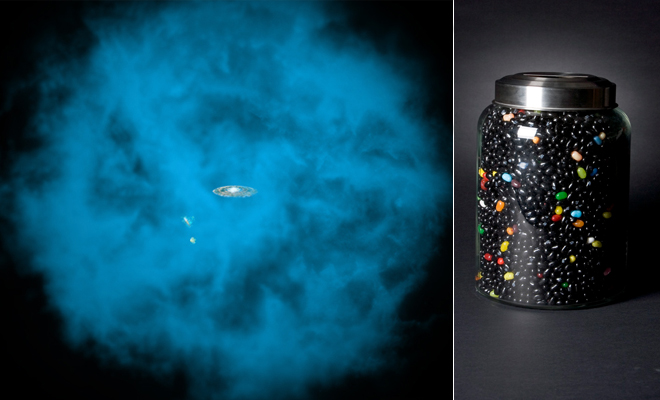 In writing a press release, a major goal is to present the truth, and nothing but the truth. However, it isn't practical to present the whole truth. For example, the paper associated with our press release last week was only six pages long, but contained 38 references to other papers, and each of these papers contain many more references. This is how research advances, building incrementally on previous work. Since we have limited space in a press release we cannot present the whole truth and we only include the information that we think is crucial for explaining the result and its significance.

If we omit something that's important, we usually hear about it. In the press release last week we concentrated on presenting the result accurately, by explaining the basic claim made in the paper about a halo of hot gas around the Milky Way, and giving some details about the observations. However, we didn't explain *how* the gas got to be so hot and we obtained a number of questions from people about this. Smita Mathur, one of the co-authors, explained to me that there could be several different energy sources for heating the gas. One leading candidate is a galactic wind driven by supernova explosions. Another is that material from well outside the galaxy fell inwards and was heated by shock waves in the process.

It's important to appreciate that there does not need to be a continuous heating source for the gas. Because the gas is extremely diffuse it loses energy by radiation very slowly, implying that it also cools down very slowly, over a timescale of ten billion years or more. So, once the gas is heated it stays hot for a very long time.

Another popular question was whether this hot gas could be an explanation for the mysterious dark matter thought to be the dominant form of matter in the universe. The short answer is no and this is something we tried to address in the press release. The hot gas is made of baryons, particles such as protons and neutrons that make up more than 99.9% of the mass of atoms found in the universe, including our bodies, the Earth and the stars. The mass in baryons, otherwise known as normal matter, is a small fraction of the total mass in the universe, and the rest is dark matter. As Smita explained in answering a question by email, the fraction of mass contained in baryons is a universal number. In our Galaxy the observed fraction of baryons was smaller than the universal fraction, meaning that some baryons are missing. The new result implies that the fraction of baryons is larger than previously thought, making it closer to this universal number. In other words, fewer baryons are missing. It is possible that all of the missing baryons are contained in this hot gas, but further observations are needed to test this idea.

Another distinction between baryons and dark matter is that evidence for the latter can only be found indirectly, by observing the effect of its gravity on objects that we can see. Dark matter, not surprisingly, is dark and doesn't emit or absorb light. So, it does not absorb X-rays from distant galaxies as the hot gas does.