This year, the winter solstice takes place on Thursday, December 22 at 12:30 a.m. EST. Many people know that the winter solstice marks the day when winter officially stars in the Northern Hemisphere, and when days will start to become incrementally longer. But what exactly is going on?

It all has to do with the tilt of the Earth's axis. In other words, the Earth does not rotate on its axis straight up and down in relation to its path around the Sun. Rather, it is always angled at 23.5 degrees. So as the Earth travels around the Sun during the course of the year, one pole is tilted more toward the Sun that the other with the exception of two days: the vernal (spring) and autumnal (fall) equinoxes. 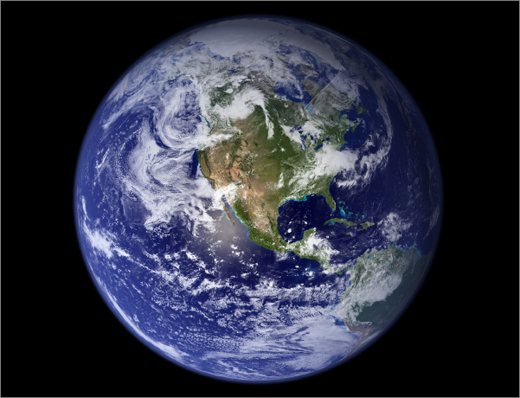 On the day of the winter solstice, the North Pole is aimed its furthest 23.5 degrees away from the Sun. This is why we on this side of the equator experience the least amount of sunlight and have our coldest weather. Of course, this all reverses in time for the summer solstice in late June.

By the way, the word "solstice" comes from the Latin word "solstitum" that means the Sun standing still. This is reference to the fact that the Sun no longer appears to be moving either further north or south on the sky and afterward starts to reverse its direction. The actual moment of the solstice varies by a day or two every year because of the way our modern, aka Gregorian, calendar works.

So in the midst of the frenzy of last-minute shopping and holiday parties, remember that our planet is passing through an important moment. Without the tilt of the Earth in its path around the Sun, we wouldn't have seasons in either hemisphere. To us, it's a reminder that even though we are usually fixated with what's happening on the ground, we are all part of the bigger picture of space.