On Friday, April 3rd, the public will have a chance to get an inside peek at how the Chandra X-ray Observatory is run. That's because we're participating in the "Around the World in 80 Telescopes" project that's part of the International Year of Astronomy's "100 Hours" program. 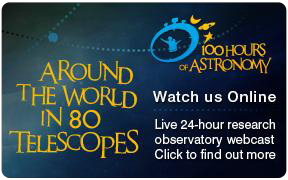 If you've lost track of who is doing what as part of which thing, don't worry about it. Just remember to log onto the webcast around 4pm Eastern time on Friday. Technically, our 20-minute slot starts at 4:40pm, but the organizers (wisely) want us to be flexible since some previous segments might take more or less time than planned.

In addition to getting a behind-the-scenes look at our "mission control", people who are watching will get see a brand-new image from Chandra. Not to toot our own horn, but we really think this image is rather cool. And again, did we mention that it's never been seen before? 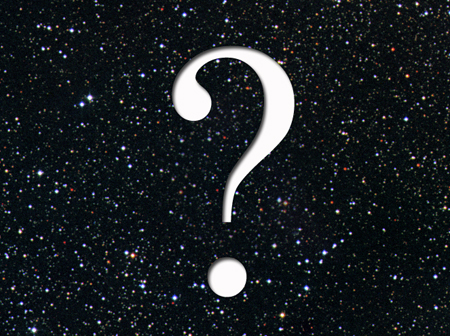 Want to take a guess at what the object is? By the way, here's a not-so-helpful hint: the object does not have a catchy nickname yet â€“ it's known by one of those names that sounds like a phone number. Once we post the new image next week, feel free to send along any suggestions for what you think it should be called. We can't promise any new nicknames will catch on, but we do promise that we'll consider all names -- even "Colbert" â€“ that are suggested.