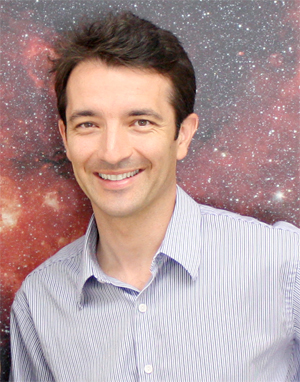 We are pleased to welcome guest blogger Sebastian Heinz, a Professor in the Astronomy Department at the University of Wisconsin-Madison. Sebastian led the team that discovered light echoes around Circinus X-1, the subject of our latest press release. He received his Ph.D. at the University of Colorado at Boulder. He studies relativistic jets − a phenomenon observed around black holes and neutron stars and started investigating the neutron star Circinus X-1 star when he was a Chandra Postdoctoral Fellow at MIT.

Some astronomical discoveries are straightforward − you observe something and it is immediately clear what you have found and what the consequences are. Often, though, astronomy requires the combination of different people’s skills and different kinds of data to solve a puzzle. This was definitely one of those puzzles.

When we downloaded the data from our long Chandra observation of the neutron star Circinus X-1 in early 2014, it was immediately clear that we were looking at an exceptionally bright light echo. Light echoes are created just like sound echoes, when light waves bounce off an obstacle (in this case dust clouds). Because their path has a kink in it, the bounced light waves take longer to arrive at the telescope than the waves that didn't bounce. Our echo resulted from a two-month long huge X-ray outburst Circinus X-1 had had in late 2013 (see the X-ray movie from MAXI included here), making it the largest, brightest, most spectacular set of X-ray rings to date, which is why we jokingly call Circinus X-1 the "Lord of the Rings". 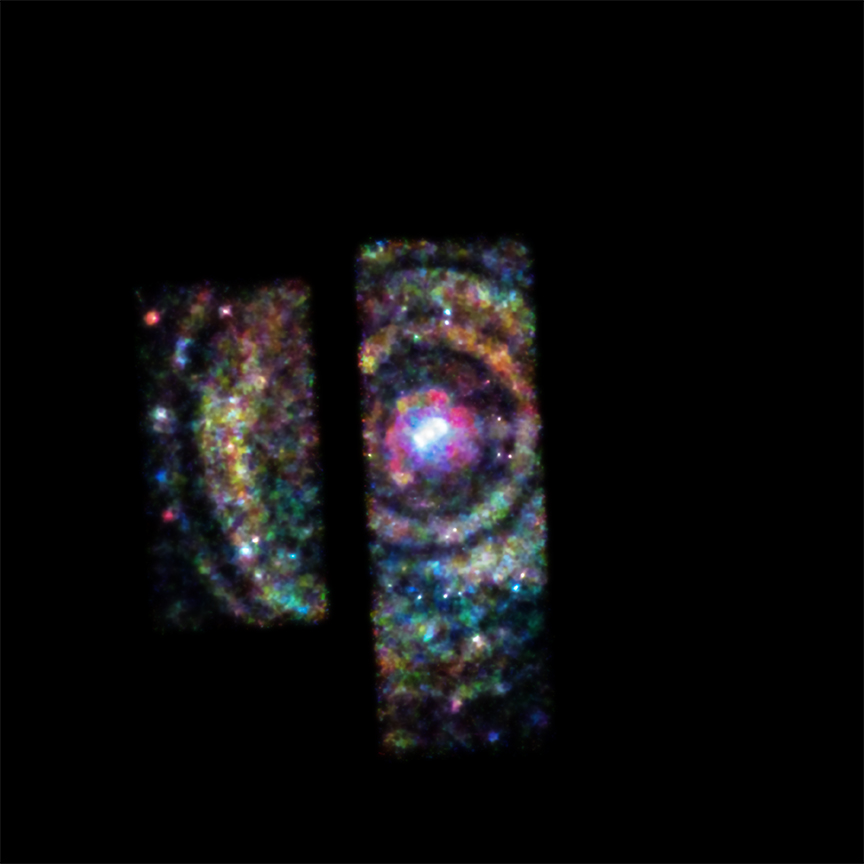 But a pretty image only goes so far. The real promise of the observation was the potential to measure the distance to this important neutron star. This required three things: measuring the size of the rings on the image (easy), determining the arrival time delay between the light echo and the X-ray flare that caused it (relatively easy), and measuring the distance to the dust clouds that created the echo (hard, and impossible with only the X-ray data).

Other data were required to provide that information. As it turns out, the Mopra radio telescope in Australia had been mapping the emission by carbon monoxide gas in the plane of the Galaxy for the past few years. That's the kind of gas that harbors large concentrations of dust. As a bonus, carbon monoxide data already come with a distance estimate. So the data we needed already existed - how lucky was that!

Time-lapse movie of the X-ray sky between 1 January 2013 and 14 January 2014, as seen by the MAXI instrument aboard the International Space Station. Date and time are shown in the top left of the frame. Circinus X-1 is located in the center of the white circle along the centerline that marks the plane of the Galaxy. The bright X-ray flare that gave rise to the Chandra light echo can be seen towards the end of the movie, when Cir X-1 became one of the four brightest X-ray sources in the sky between 17 Oct. and 19 Dec. 2013. Also visible is the shadow of the Space Station to which MAXI is attached, in the shape of two bow-tie patterns moving across the sky.
Credit: Wisconsin-Madison/S.Heinz

With Michael Burton and Catherine Braiding, the driving forces behind the Mopra survey, joining the team, we had all the pieces in place to solve the puzzle. Comparing the brightness patterns of the X-ray rings to the brightness patterns in the carbon monoxide images allowed us to make a unique "finger print" identification, matching each of the four X-ray rings to a different dust cloud. This nailed the distance to Circinus X-1 to about 30,700 light years, a huge improvement in accuracy over the previous distance estimates somewhere between 13,000 and 41,000 light years.

Somewhat ironically, the thing that had kept us from studying Circinus X-1 in detail and measuring its distance accurately for so many years − the thick clouds of dust in the plane of the Galaxy that obscure it to optical telescopes − turned out to be the necessary ingredient to make this new measurement possible.

The new distance means that Circinus X-1 is frequently in violation of an important radiation limit: it emits so much light that it blows away gas that is surrounding it, choking off the very gas supply that makes it shine, explaining some of the crazy flickering we see from this source. And it means that the jets this neutron star fires off into the Galaxy move at a blazingly fast speed of around 99.9% of the speed of light − something that rivals the most extreme black holes in our Galaxy.

And that is interesting because Circinus X-1 is an exceptional neutron star for other reasons, too: it is only a few thousand years old, born in a violent supernova explosion the residual glow of which was discovered only a few months before we observed the light echo. And unlike other young neutron stars, it managed to hold onto its partner star from which it is now pulling matter away. The extreme behavior this system displays is quite different from more mature neutron stars. Knowing the distance to this source means that we can now study the aging process of neutron stars in much greater detail.

The observations also pose an exciting new challenge: the densest and most massive dust cloud we found in the carbon monoxide data did not correspond to any of the four X-ray rings. That's because the cloud is so close to us that its ring was too large to see; it fell outside of the field of view of any of the X-ray instruments. But we did see the cloud in our X-ray data after all: it is so dense that it absorbs the X-rays from some of the rings behind it − like a medical X-ray of your bones at the doctor's office. We hope to find the ring from this cloud in a future Chandra observation. It will be bigger and brighter than all the rings we found so far, truly the "one ring to rule them all".