Light: Beyond the Bulb at Puerto Rico

During the month of April 2015 the Chandra exhibit "Light: Beyond the Bulb" for the International Year of Light was displayed at the main library of the University of Puerto Rico (UPR) and impacted many hundreds of visitors. The exhibit was announced to the public using different media with the support of the Communications Office at the UPR. Dr. Gloria Isidro (Caribbean University) organized special talks at Caribbean University of Bayamón in which hundreds of students, faculty and staff participated (April 8th and 9th, 2015). These talks included a description of the goals of the International Year of Light 2015, announced the exhibit of images at the University of Puerto Rico during the month of April and showed a video of the "Light: Beyond the Bulb" exhibit. 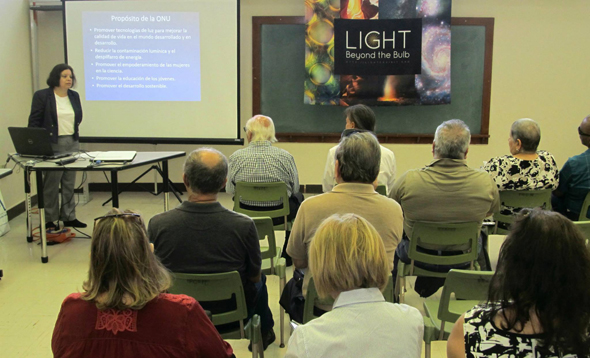 Over 1200 people had the opportunity to visit the exhibit at the University of Puerto Rico. The exhibit was displayed at the regular hours of the main Library (José M. Lázaro Library). On Tuesdays and Thursdays volunteers from the Society of Physics Students UPR-RP Chapter and Dr. Carmen A. Pantoja (UPR) were available for guided tours for school groups and other visitors. The volunteer Physics students studied the "Hands-on Educational Activities of Light" guide, and practiced the demonstrations beforehand. The groups of school children with their teachers that visited the exhibit came from different towns in Puerto Rico. In the evenings many parents came with their children, and we had many cases of homeschooling parents and children as well. Students from the University of Puerto Rico came in groups with their professors such as Physics courses, Architecture courses, Art courses and Education courses. In those cases the visit to the exhibit was incorporated to the topics discussed in class. Students, professors and staff from the University of Puerto Rico also came to visit the exhibit on their own.

On April 17th, 2015 an inclusive event was organized for the visually impaired and blind with their families: "Stars for All/ Estrellas Para Todos". This activity had 26 participants among which 11 persons were totally blind. The event included family members, students, faculty and others. During this activity we had an introduction regarding the goals of the International Year of Light 2015 by Dr. Gloria Isidro (Caribbean University). We displayed the tactile images developed by Chandra, a tactile Moon (a Project from the Observatory at Valencia, Spain in collaboration with the UPR), a tactile Sun (developed at the UPR), the prototype for a tactile spiral galaxy (developed at UPR and Caribbean University) and several tactile books such as "Touch the Sun", "Touch the Star," among others. The event had a session in which the visitors could ask about any astronomy topic they were interested. This was a very lively session that had many interesting questions and Dr. Mayra Lebrón (UPR) and Dr. Carmen Pantoja (UPR) interacted with the audience regarding the different topics.

We also had two public conferences with special guests at the UPR during the month of April: "Light in the Universe" by Dr. Julieta Fierro (UNAM) on April 28, 2015 and "O Sole Mío: An Invitation to Solar Physics" by Dr.Inés Rodríguez Hidalgo (Science Museum, Valladolid, Spain) on April 29, 2015. 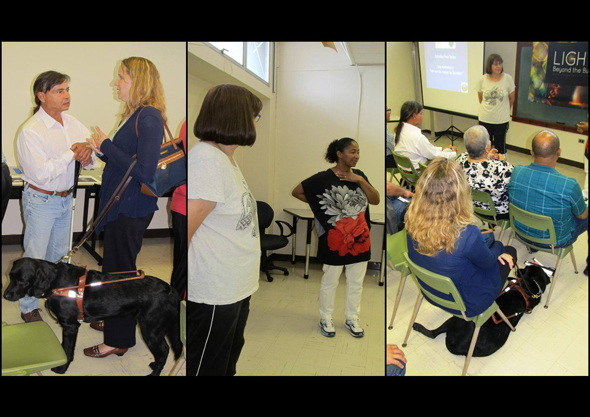 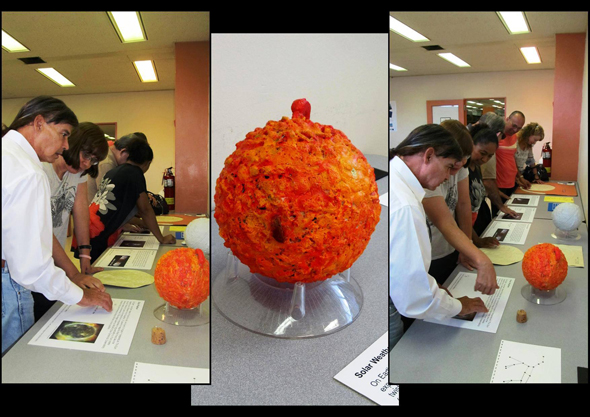 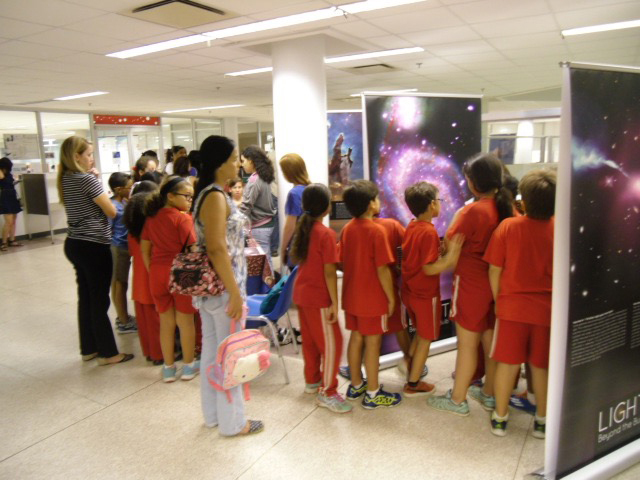 The exhibit will be a topic in outreach programs that are currently being prepared. A podcast is in preparation by Mr. Enrique Vargas for the Podcast entitled "Mirada Científica" part of Ciencia Puerto Rico a non profit organization dedicated to outreach in science in Puerto Rico (cienciapr.org). "Mirada Científica" is a podcast in Spanish that features stories and interviews about science and is available in itunes. The exhibit will also appear in a TV episode of the program "Aventura Científica" from the TV Channel of the Ana G. Méndez University in Puerto Rico (Sistema TV). The special episode will be dedicated to the theme of the International Year of Light 2015.

Category:
Light
Disclaimer: This service is provided as a free forum for registered users. Users' comments do not reflect the views of the Chandra X-ray Center and the Harvard-Smithsonian Center for Astrophysics.
Please note this is a moderated blog. No pornography, spam, profanity or discriminatory remarks are allowed. No personal attacks are allowed. Users should stay on topic to keep it relevant for the readers.
Read the privacy statement